Now you understand why I only visit Barnes & Noble’s for the restroom.

Now even Wikipedia reported that Mrs. Erica Leonard uploaded Fifty Shades of Grey as Master of the Universe (I really fucking hate this bitch because she has destroyed the good names of He-Man and She-Ra!) Twifuck fanfic under the pseudonym of “Snowqueen’s Icedragon.” I found the .pdf and have skimmed over it, and let me tell you it is a 604-page assload of shit! At least the British wildebeest admitted she spewed it under the duress of a midlife crisis. As a fan of Anais Nin, Alina Reyes, and Anne Rice (before her Catlick reconversion) I can say this is unequivocally poorly written and poorly researched in the BDSM department. Perhaps she should’ve opened up communications with Sapio Slut and asked her a few questions concerning her relationship with her dom lover. OR she could’ve watched Cool Devices. Not that this had a chance in the seven circles of hell with proper research and editing.

How low can the publishing industry stoop? I did some research and looking at a Blogger link for the MOTU fic-shit, in 2010 all these screaming Twifuck teen and cougar idiots gave the fic 40,000 gay disco ball sparkling reviews. I guess Mrs. Leonard took her experience as a British TV exec decided to do what the entertainment industry does best: rehash, repackage, and re-release. In 3-D. Incidentally Erica is Chilean/Scottish, married to somebody who’s as mental as she is, attended the University of Kent and majored in HISTORY before getting her first real job as a studio manager’s assistant at the National Film and Television School in London. Oh yeah, I’m sure she’s done a fuckload of writing…

Incidentally, her publisher is The Writer’s Coffee Shop (which is formatted a bit like Ellora’s Cave), be sure to read the submission guidelines, and remember, anybody can be a writer. It doesn’t matter if you’re not any good… And if you need an agent ring up Valerie Hoskins since she did such a good job with Erica!

P.P.S. If you have any questions regarding the .pdf email me.

Today is the 30th anniversary of Miracle on Ice. We kicked so much Soviet ass in Lake Placid, the Golikov brothers’ skid marks are embedded into the boards at the Olympic arena. I’ll watch the games if they do a (PROPER) tribute to the team. Unfortunately we’re probably going to hear from the same three guys, Jim Craig (who is kind of annoying), Mike Eruzione, and Rob McClanahan. Maybe, just maybe Mark Johnson might give a soundbite or two considering he’s coaching the women’s hockey team, but he might be too busy. However it was cool to see during the Olympic build-up that Steve Janaszak, Mike Ramsey, Dave Christian, Jack O’Callahan, and Dave Silk come out and jump on the Miracle-lovefest.

Did you see what I just did? I fangirled! I just fangirled on the MOI team (and spent 3 crazy days DLing off Mininova the MOI USA-USSR game last year) and gave a balanced viewpoint on MOI players. A brainless fan would immediately attack me because I said Jim Craig- the golden goalie- is a little annoying. Have you seen his interviews? The dude is a true-blue salesman. He kind of gets repetitive. I’m sure that Gorman- his fucking manager- ensures that the questions are shallow in order for Jimmy to plug his motivational speaking business (does anybody know what the fuck that shit really is?) and charity to produce the same fucking reaction- flag waving. If you read Wayne Coffey’s book Boys of Winter he mentions right off the bat that “certain” players won’t even talk unless there’s a nice number with a dollar sign in front of it. The first three guys I mentioned probably clean up the best- with Jimbo making the most (a three-story colonial sitting atop 15 acres of land in Mattapoisett with an LDS kept wife who probably tithes like a motherfucker). Now I’m not going to be hypocritical- I like making money- and if it were Mark Wells I wouldn’t dare question it.

But SMeyer takes greed and egotism into the stratosphere bleeding the beast by charging autograph fees and holding her fucktard fanbase hostage because Breaking Dawn was the worst-received out of the abomination and the partial draft of Midnight Sun was leaked, being a complete unprofessional crybaby saying that she won’t write any more because her feelings were hurt. LBC should’ve sued her ass off just for the statement being made. Do you know how many manuscripts are being leaked onto the ‘net? Feature films and JKR have also fallen victim- yet they’ve moved on and made millions more despite it (or because of it).

In my last rants you know my stance concerning why SMeyer is a successful zagnut. Ultimately she’s a dumbass who’s business skills are just sharp enough to leak out her own work, say stupid shit (and not get in trouble for it), and most of all incite rage in her most devoted army of fan-assholes when somebody challenges Twifuck. I have no problem with fandoms. Fandoms are terrific forums for people to get together and have a blast about whatever they’re obsessing over. I’m an anime fangirl, a hockey fangirl, and a rock snob. I will counter your arguments with an argument of my own, but I’m not going to physically attack you because of it!

I think in the last 10 years or so, fandoms are becoming outlets for people with emotional problems, anti-social tendencies, and who are just plain mentally ill. Another valid argument is that with the rise of the Internet people are becoming less motivated to physically interact, depending on a proxy to prop up a fantasy self. This is the only reason why I would DL Surrogates. I mean Bruce Willis’ career is ringing its death knell, and the premise of android bodies being controlled through cyberbrain technology (think Ghost in the Shell: SAC) is pretty extreme, nevertheless philosophically feasible. Unfortunately these fuckwits who are so imbalanced and dissatisfied with themselves that they’re relegated to living in a fantasy world where their every whim is catered to by good-looking abusive men. And they will do any-fucking-thing to stay there.

I’m so glad that these celluloid abortions will send Stewart’s and Pattinson’s careers into the black hole of typecasting once the corporations have made their money and the fad dies (Power Rangers, anybody?). I mean they can’t really act, he doesn’t believe in regular bathing (and is ugly as fuck), she has a blank stare, and I think Lautner is tired of juicing and bad wigs. All in all I’ll still DL New Moan for the lulz and am going to figure out how to post some audio-only vids on YouTube (because I can’t get a fucking camera right now) to start breaking on shit. 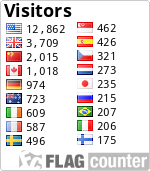